Art lovers understand the importance of keeping their work out of harms way.  Millions are spent

and other record setting works).  Let's just consider works more "everyday" people buy to have and

enjoy.  It is important you protect your fine art from destructive forces both in your office and home.

Most paintings and wall hangings can be cleaned with a light feather duster or cotton T-shirt.

All art, including textiles, photographs and paper should be framed using museum-quality materials

and the materials they use.

Moisture can ruin your fine artwork.  Be careful where you place art.  A small often used bathroom

and a steamy shower can cause havoc.  Big temperature changes can be damaging over time.

The sunlight streaming through your windows may be enjoyable, but the UV rays that accompany it


OVERALL: SHOW YOUR ART IN THE "BEST LIGHT" 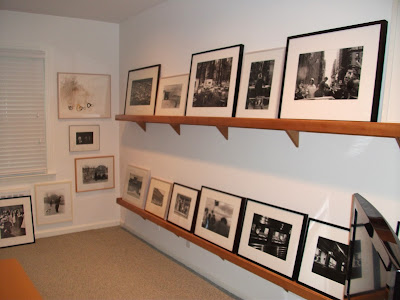 Posted by Jill Wendroff Gunter at 11:09 AM No comments:


THE HOLIDAY SEASON IS UPON US

I am posting just a few "seasonal" images, and as with all my clients and potential clients, we will work together to find the photograph that will make that perfect gift.  A gift that does last forever. 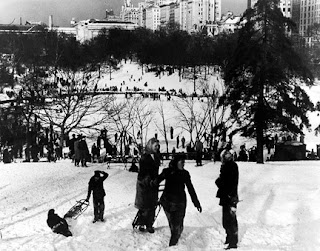 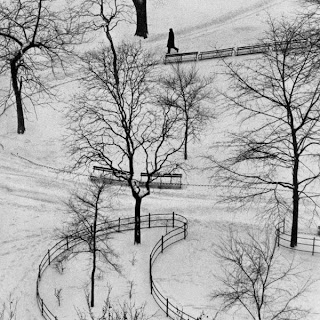 PICK OF THE MONTH 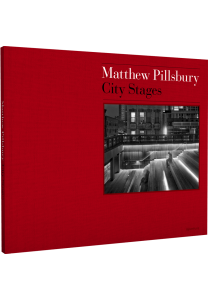 Over the past decade, Matthew Pillsbury has built several extensive bodies of work-Screen Lives, Hours, and City Stages-that deal with different facets of contemporary metropolitan life and the passage of time.  A variety of these I have included on my website.  Through the use of a large-format camera using long exposures, Pillsbury captures a range of experiences in the urban environment. And rather than being pictures of landmarks, they reflect the blurred lived experience.

"I think of these as places that are awaiting the drama of our lives to come and fill them". (Pillsbury) 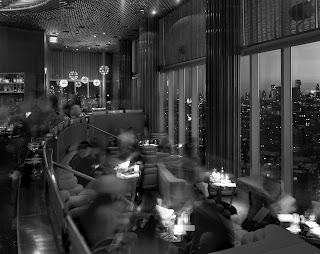 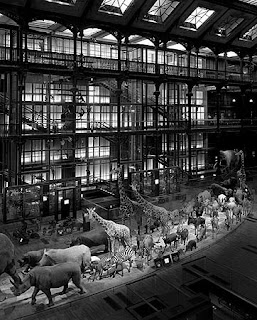 Please call me if you have interest in this wonderful photographer.


Posted by Jill Wendroff Gunter at 8:49 AM No comments:

Want to own a FABULOUS work of art by a wonderful artist.... Tom Wesselmann is my artist Pick of the Month for a terrific work to add to or build on a collection.  Please email me or call me if you are interested in owning a work of this well recognized artist.

The VMFA in Richmond, VA welcomes this artists first major retrospective in North America and will be the only East Coast venue for this landmark exhibition. So if you are anywhere near the city of Richmond, it is well worth the visit.  The exhibition runs until July 28, 2013.

Famous for his Great American Nude series, American painter Tom Wesselmann (1931-2004) is widely regarded as one of the leading figures in the vanguard of American Pop Art. Alongside his other contemporaries including Andy Warhol, Roy Lichtenstein and James Rosenquist, Wesselmann forged a new movement using images and materials of everyday popular culture.

Posted by Jill Wendroff Gunter at 12:15 PM No comments:

We are in a new era of the art market as salesrooms overflow with collectors.

How much is a half-billion dollars?

It's the amount the U.S. government has budgeted to combat climate change in 2013.

It's about how much the Romney campaign raised last year.

It's about how much money was spent during a single night at the Christie's postwar and contemporary sale last month.

Expect to see more milestones with newer artists, prices of artworks in the thousands in the teens and more, as art grows both as a collectible and also as a financial asset.

One of my favorites and a photographer to be coveted and collected...William Klein. 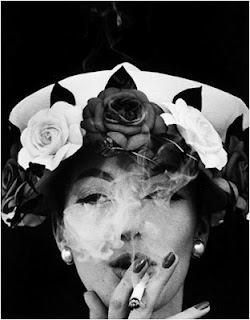 As always...please call me for assistance in starting or adding to your collection.

Posted by Jill Wendroff Gunter at 8:24 AM No comments: 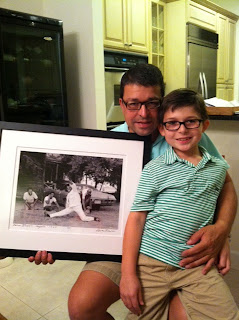 The Growing Blue Chip World of Investing in Photography

On Thursday, March 21 2013, a wonderful article entitled The Lens Rises in Stature appeared in the New York Times. For those of you who want the condensed version, museum photography departments across the country are attracting curators, seasoned professionals and directors who realize that photography exhibitions attract crowds.

More space, more exhibits and no fighting for wall space, photographs are appearing in one man shows like William Eggleston, Cindy Sherman and an upcoming Gary Winogrand show starting in California...to name a few.

The "Color Rush:  75 Years of Color Photography in America" is at the Milwaukee Museum.  "The City Dynamic: Representing Crisis and Renewal in New York, Chicago, Los Angeles" is opening at the Art Institute in Chicago in October 2014.

At the Los Angeles County Museum of Art, whose photography department was founded in 1983 had fewer than 3,000 photographs in its collection; today it has some 15,000.

Although the Museum of Modern Art is younger than the Met, it started putting together its collection in 1930, a year after its founding- and a decade later the museum establishes a separate photography department. It now has a world-calss collection of modern and contemporary works.

Don't miss out on exploring collecting photography not only as being art in your home, but also as an investment in your future.

Posted by Jill Wendroff Gunter at 11:52 AM No comments:

A NOD TO PHOTOGRAPHY-AN OPPORTUNITY

A NOD TO PHOTOGRAPHY

Photograpy and its value is continuing its rise and overlap with the broader modern and contemporary art market.

Big museums are also giving much more attention to fine art photography, which is certainly increasing its exposure.  The Metropolitan Museum show Faking It, was an exhibition devoted to the history of manipulated photography before the digital age.  The National Gallery in London show Seduced by Art, was its first major photography exhibition, looking at how past and present photographers employ fine art traditions.  The Tate, as noted in my earlier blog, highlighted the works of William Klein.  The Museum of Fine Art, Boston, paid tribute to Ori Gersht, an up-and-coming Israeli-born photographer, and a favorite in my own collection.

The exposure is boasting demand from collectors: demand that is now global, not just concentrated in the US or Europe.

"We've seen a huge increase in people that want to become serious collectors of photography and get into this market quite deep.  Photography is a language that everyone can understand.

Buying photography is an opportunity to own great art at a lower price. 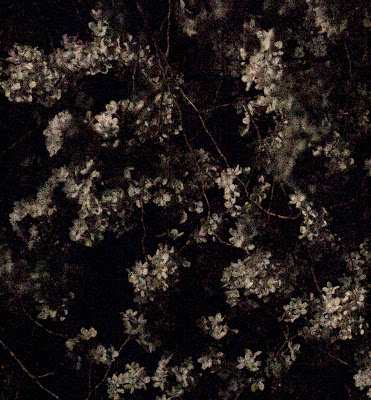 Posted by Jill Wendroff Gunter at 10:10 AM No comments:

A true beauty, a fantastic investment...an icon image from a photographer who adorned Vogue fashion magazines and most recently had a retrospective at the Tate Museum in London.

William Klein is a well known photographer and his sought after images are in Museum Collections throughout the world. 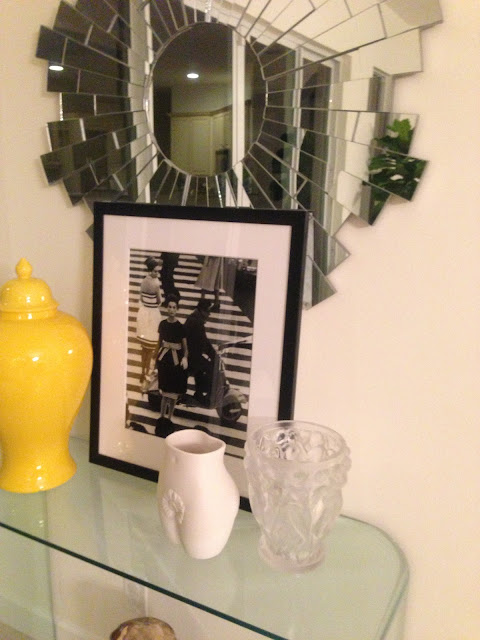 Posted by Jill Wendroff Gunter at 7:40 AM No comments:

AND AWAY WE GO

We are already stepping into 2103 and that means the start of another exciting auction season.

Beginning in March, the 3 major auction houses, Sotheby's, Christie's and Phillips (along with
Swann and Doyle) are ready to draw in the growing number of new and existing collectors to
Photography and Contemporary Art.

I preview all of the catalogues and many of the auctions in New York for both myself and clients.
For potential purchases it is most important not only to get the condition report, but also to check the condition of each work of art in person.

I welcome your questions and interest to be a participant.

For those of you who have not yet had the opportunity to attend an auction in person, they are available to watch "live" online (for Sotheby's, Christie's and Phillips).  Although they are not quite as exciting as being there in person.......they are still a thrill.

Let me know if you need any assistance.

As I look forward to a Happy and Healthy New Year, I leave you with one of my favorite images and in fact the first photo I ever purchased for myself over 25 years ago.  It is also available for purchase. 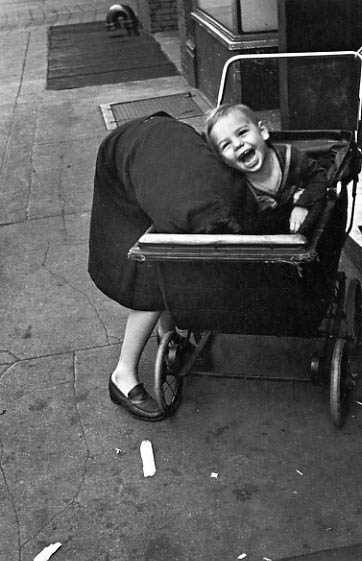 Artist:  Helen Levitt
Posted by Jill Wendroff Gunter at 6:36 AM No comments: